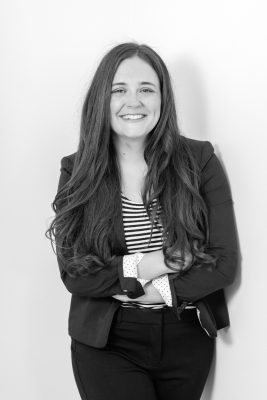 Partner Erin Jackson spends her “free time” researching and writing about tough legal issues that arise at the intersection of health, gender, and human rights law. Her newest article comes on the heels of her 2017 publication of an article titled Addressing the Inconsistency between Statutory Rape Laws and Underage Marriage: Abolishing Early Marriage and Removing the Spousal Exemption to Statutory Rape in the University of Missouri-Kansas City Law Review — a highly-ranked academic legal journal.

Her new article is titled To Have and to Hold: Protecting the Sexual Integrity of the World’s Married Women, and all 113 pages are now available via paid access to Hein Online.

For those who are curious, we’ve included the opening and closing paragraphs of her article below. Erin’s unwavering hopefulness about the global future of women’s security and health — which we see reflected in her work to build her nonprofit Inspire Santé™– is encouraging and reassuring. Congratulations, Erin! And cheers to five years of research and writing that culminated in such a phenomenal accomplishment as this.

MARITAL rape is appallingly ubiquitous in households around the globe. Daily, women are raped or sexually assaulted by their husbands, effectively transforming wives into slaves to their husbands’ unbridled sexual violence.[1] While some countries have taken steps to limit these assaults, others turn a blind eye to these “private” disputes, viewing what goes on within the walls of a couple’s home to be strictly marital business.[2] This prevailing view in many countries has diminished the effectiveness of legislation prohibiting spousal rape. Even after domestic violence laws endure the meandering political road to enactment, many victims remain too afraid or subjugated to report such crimes, and many men rest too comfortable in their society’s long tolerance for such abuses to be deterred by the new rules. Thus, the simple criminalization of marital rape has proven to be an ineffective solution in combatting these crimes. Such laws must be a component of a more comprehensive approach that includes both the enforcement of these laws and tangible assistance to victims, with the awareness that many women disbelieve that respite from their domestic situation is possible.

Although the United States has criminalized marital rape, the trends and treatment of rape victims in the aforementioned countries show that nearly every country has a significant amount of work to do and enforcement is truly the linchpin of social change in this area. Without enforcement, even the strongest of domestic violence laws will fall short of providing the necessary protection to women. Alternatively, the countries with the most mobilized and empowered women may find themselves being strong enough to fight for greater protections even without a need for laws that reemphasize what is already known: Women are entitled to be free of sexual assault in their homes as much as on the streets, and they deserve to be treated with dignity and compassion when they courageously come forward about their victimization at the hands of their husbands.

[Excerpted text is copyrighted by the University of Toledo Law Review]