According to a recent article in the Wall Street Journal, new research shows that patients whose doctors run up costlier bills during hospital visits were no less likely to die within a month than those patients whose doctors were more frugal. Patients of high-spending doctors are also just as likely to be readmitted within a month. These new findings suggest that “less is more” when it comes to hospital spending, or at least “less is good enough.” 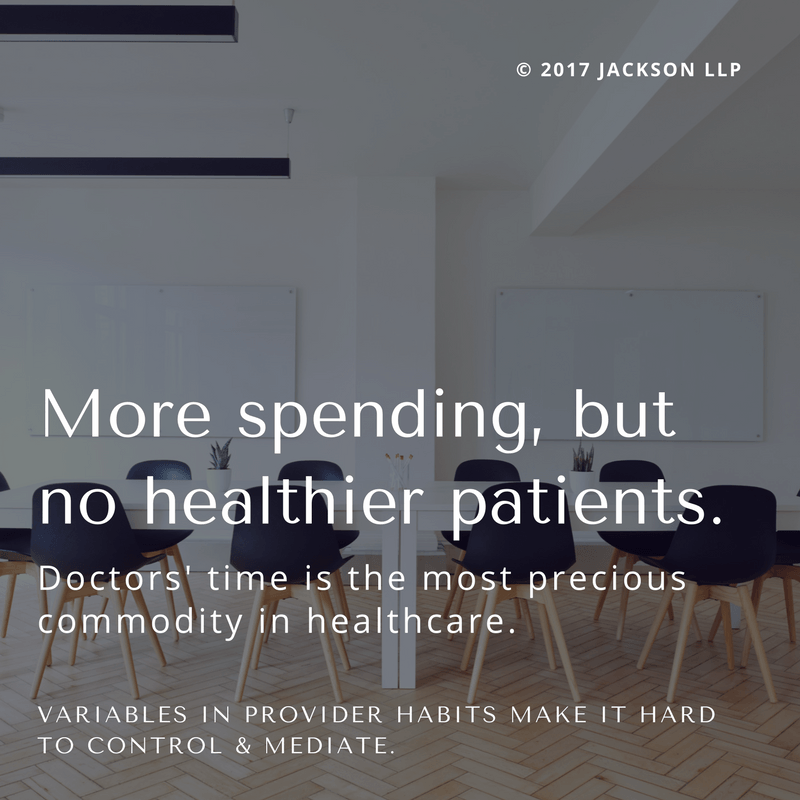 Researchers analyzed about 485,000 hospital visits by Medicare patients between 2011 and 2014. Hospitals with the highest spending averaged per-patient spending of $1,055 – an approximately 40% increase from the hospitals with the lowest per-patient spending.  However, the spending differences haven’t yielded marked differences service quality or health improvements.  So what are hospitals and patients getting for their dollars?

Further complicating the issue is that high-spending hospitals can’t just start spending less while maintaining the same outcomes. Slicing spending without a plan for protecting patient health would spell disaster.  To cut spending, they would need to implement strategic and complex approaches that insulate their outcomes from their expenditures – a tricky proposal. For example, doctors can avoid unnecessary tests or treatments by spending more time with the patient to figure out exactly which tests would best benefit the diagnostic process.  Many doctors and hospitals, however, find that money is a commodity that’s easier to come by than doctors’ time.

Differences in spending trends also stem from differences in doctors’ training and levels of experience. One doctor might feel confident in their diagnosis while another runs extra tests “just in case.” These behaviors also reflect individual providers’ risk-aversion and fear of medical malpractice claims, their specialties and patient population, and the resources that the hospital system puts at their disposal.

Whatever the reason for the differences in spending, hospitals continue to struggle to mediate the tension between spending and patient care.  How can they both bring down cost while also insulating themselves from higher levels of patient mortality or morbidity? Hopefully, these new findings, showing that lower spending is not necessarily linked to poorer outcomes, will help push hospitals into finding ways to do just that.